skip to main | skip to sidebar

The Burden of the Divided Church 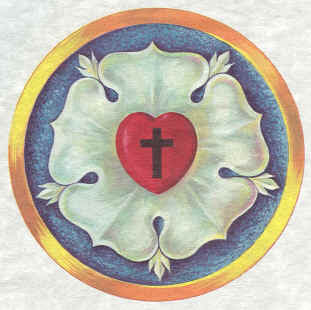 and as it does I feel the burden of the divided Church. It is not the way it ought to be. However, it is as it must be this side of heaven.

Saying that, however, has proven not to be very popular. To make the claim that the differences in what we believe actually MATTER - matter to the point where we will not be in altar and pulpit fellowship - is almost like farting loudly in a room full of people. People look at you with both shock and disgust.

I have been asked to take part in a joint Service with other denominational clergy particpating a few times in our community and when I decline people seem offended. In our day where we have such nonesensical sayings as "reconciled diversity" passing as wisdom - the way we Lutheran Church Canada folk approach doctrine seems unintelligeble to many. Many would say that the differences in beliefs are not significant and not worthy of causing division. We maintian that the differences in beliefs are the sole reason for maintiaing the divisions.

So, it has me thinking, as we approach Reformation Day. For those who truly believe in "reconciled diversity" and do not believe that the differences in what you believe matter - why not fold all those church bodies into one big church body? In fact - is it not sinful to maintain the divisions if they don't really matter anyway? For example, in Canada the Evangelical Lutheran Church in Canada and the Anglicans have declared themselves in fellowship. Then why have two church bodies? If the differences don't matter then why not dissolve the ELCIC and join the Anglican Church of Canada - or vice versa?
Posted by Mike Keith at 3:45 PM No comments:

It is hard to believe that it was three years ago that Mark Steyn published America Alone. If you have not already read it - you should. It is even in paperback now!
Here is an article he writes with reflections on the past three years:

Father Hollywood, one of my favourite bloggers, posted this. It seems even in the USA the hands of the government are getting a tight grip...

Posted by Mike Keith at 7:14 PM No comments:

We had a good pastoral conference in Lumsden. Our speaker was the Rev. Dr. Tom Baker - he had a good presentation and made me think - which for me is always key - even if I don't necessarily agree.

It was good to see the brethren and to have many great discussions. We solved all the problems each night - but they seemed to be there in the morning.

Anyway, nice to be back home.
Posted by Mike Keith at 3:25 PM No comments:

being a pastor some days. No, this is not a "boo hoo" poor me kind of thing. It can be tough when you are having a discussion with someone and you raise a clear point from the Word of God and they want nothing to do with it. I mean, all you can do is show them the Scriptures. And if they want nothing to do with it, if they reject the Word of God, well you have done all you can right?

But it never ends there. You know you are a poor miserable sinner. You begin to question yourself. Did I somehow get in the way? Did I present the Word of God in such a manner as to have caused the rejection? Maybe if I had just nuanced it this way. Maybe if I had said this or had not said that.

But then you chasten yourself for thinking that you can do anything and it is not the Word of God. You begin to think: "You dumby, it is not your eloquence that accomplishes anything it is Jesus working through His Word!"

A vicious cycle sets in. The doubt still lingers... what did I do that I should not have and what could I have done that I didn't?

I play chess at Chess.com!

Challenge me!
View my games